`Uthman ibn `Affan, one of the close Companions of Prophet Muhammad (peace be upon him), was the fourth man to accept Islam and the third of the four rightly guided caliphs of Islam. During his reign the Islamic state expanded vastly. `Uthman accomplished a lot during his rule; one of his notable accomplishments was the distribution of single-volume copies of the Qur’an to the Muslim provinces. These copies were made from the master compilation produced under the first caliph, Abu Bakr.

His views about the idols, and the life of Arabs, changed when he got to know the Christian and Jewish beliefs.

`Uthman came from a wealthy Ummayad clan of the Quraish tribe in Makkah. His father was a well-known and successful businessman. `Uthman’s father provided him with everything he needed to lead a comfortable life. He was brought up in a manner like any other child born into a wealthy family. Thus `Uthman enjoyed luxuries in life right from childhood. He was a distinguished child who had high morals. He was unique in his bashfulness and honesty, which distinguished him from his peers, and he grew up to become a man of great virtue, generosity, integrity, and modesty.

After his father’s death, `Uthman—although he was young—took charge of his father’s business and proved to be very efficient and successful just like his father. The business expanded and grew. He was very truthful and honest in his dealings and, unlike others, he spent most of his profits to help the needy. He did all that he could to bring a smile to the faces of the poor and needy, and so he became respected and adored by many.

During that time the Arabs were worshiping idols and indulging in many evil practices like burying their daughters alive and shedding blood for little or no reason. Racism was prevalent, and this racism made the masters treat their slaves cruelly. Women were also treated badly and were considered as objects. The woman’s sole purpose was giving birth and pleasure.

As a young man, `Uthman was full of energy. He traveled to many places for business. Due to this he got a chance to meet different people from different nations and to learn a lot about other beliefs, which were different from his own. His views about the idols and the lifestyle of the Arabs changed when he got to know the Christian and Jewish beliefs.

One day when `Uthman returned to Makkah after his usual business trip, people were speaking about Muhammad ibn `Abdullah. The whole city seemed to be in a state of chaos because Muhammad presented himself as Messenger of Allah and told everyone that there was only one God worthy of worship and that one should not associate any partners with Him. Muhammad asked them to forgo all the false deities and worship Allah alone. Although the Arabs knew Allah, Muhammad’s message seemed strange, as they had long since worshiped other deities in addition Allah.

`Uthman knew Muhammad very well. Muhammad was a man of remarkable personality and excellent morals. Though he did not accept this belief immediately, he never opposed Muhammad or Islam as the other leaders of the Quraish did. He remembered that on many of his travels he had heard the Christian and Jewish scholars speaking about the coming of the final Prophet in the land of Arabia. Whenever `Uthman heard about the final prophet from the Christian and the Jews, he hoped that this prophet whom they spoke of would lead the Arabs into the light of guidance and knowledge. He pondered over the Christian and Jewish talk on the final prophet and finally he decided to visit one of his friends, Abu Bakr, to find out about this new belief. He knew that Abu Bakr had accepted Islam and that he was very close to the Prophet (peace be upon him). Abu Bakr explained things about Islam. He told him that Islam asked people to worship Allah alone and to give up the worship of all false gods or idols. Then Abu Bakr invited him to embrace Islam. `Uthman felt that Islam was the true religion of Allah and immediately embraced Islam on Abu Bakr’s invitation. After that, `Uthman met the Prophet (peace be upon him) and declared that he accepted Islam.

Those who accepted Islam became prone to hardships, suffering, and oppression. The Quraish tortured the Muslims in every possible way, attempting to force them to leave Islam. `Uthman faced a lot of oppression at the hands of his pagan uncle Al-Hakam ibn Abi Al-`Aas, who was angry with him for leaving their forefathers’ religion. He tied `Uthman up and tried to force him to leave Islam. Nevertheless, `Uthman remained firm in his belief and never gave in to this oppression. Finally, when his uncle realized that `Uthman would never leave Islam, he left him to himself. `Uthman, with all his might, defended Islam and never gave in to the torture and oppression. Right from the time he accepted Islam, he became close to Prophet Muhammad and married the Prophet’s second daughter, Ruqayyah, who was a divorcee. Uthman’s marriage to Ruqayyah was a happy union; they both loved each other and led a blissful life.

At that time, most of the people who embraced Islam were the less privileged and poor. The Muslims became a target for the pagans, and they tortured the Muslims, even to death, because they refused to leave Islam. Because of this, some Muslims left Makkah and migrated to Abyssinia (Ethiopia) to seek refuge.

`Uthman along with his wife Ruqayyah migrated to Abyssinia. He was one of the first to do so, and later other Muslims who were agonized by the Quraish to desert Islam followed him.

An-Najashi (the Negus), a Christian king who ruled Abyssinia at that time, was well known for being a just ruler. An-Najashi, in his power, provided the immigrants with all necessary facilities for their stay. The Quraish sent a delegation to Abyssinia and hoped that they would convince the king to expel the Muslims from his state. The king heard both the Quraish and the Muslims, and refused to expel the Muslims. The Quraish delegation saw `Uthman and tried to persuade him to return to Makkah, but their aim failed.

While the Muslims lived peacefully in Abyssinia, `Uthman started a business. Though he faced some difficulties in the beginning, his business flourished because of his hard work. His wife, Ruqayyah, gave birth to a boy whom they named `Abdullah. After this `Uthman came to be known as Abu `Abdullah. `Uthman remained very popular among Muslims because of his generosity to the poor.

He returned to Makkah from Abyssinia because of the false news that had spread among Muslims living in Abyssinia that the lives of the Muslims in Makkah were better, as the Quraish of Makkah had accepted Islam.

In Makkah, `Uthman spent most of his time in the company of the Prophet (peace be upon him). He always tried his best to help the Muslims who were poor and needy. 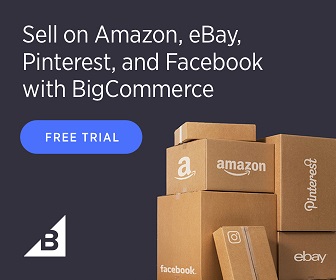 He then again migrated with his wife to Madinah, which was known as Yathrib at that time, in 622. `Uthman carried on his business as a merchant and was successful. `Uthman and Ruqayyah lived on happily for some time in Madinah.

The Muslims knew about Makkah’s merchant caravan that was coming back from Syria, and was led by Abu Sufyan. They wanted to attack this caravan, but Abu Sufyan was aware of their plan and changed the path of his return to Makkah. At the same time he sent a message to Makkah’s leaders, telling them of the Muslims’ plan.

The Makkans gathered a huge army and headed towards Madinah to put an end to Islam and the Muslims, while the army of the Muslims had only 314 men. The Makkan and Muslim armies met at a place called Badr.

It was after two years in Madinah that Ruqayyah gave birth to her only child with ‘Uthmaan (may Allah be pleased with him). They named him ‘Abdullah and loved him dearly as he was their only child.

But, Allah (‘azza wa jall) had Willed it such that he was to test them once again.

One day, while ‘Abdullah ibn ‘Uthmaan was sleeping in his cradle, a rooster pecked him in his eyes. This led to an infection which caused him to die two or three days latter. Ruqayyah, as a mother, was deeply moved by the death of her only child and soon later fell victim to a fever.

From this point on we come to really see how much ‘Uthmaan loved his wife Ruqayyah. For, he did not leave her side and with much love and affection nursed and looked after her. He was so attached to her that he was continuously asking Allah Almighty to cure her from her illness. But it was at this time that a call for Jihaad was made and the Muslims were rushing to comply to this command as the caravan of the Quraysh, which was coming from Syria, was to be intercepted due to all the harm they had caused the Muslims and which was later to result into the Battle of Badr. Even though ‘Uthmaan (may Allah be pleased with him) willingly responded to the call for Jihaad but the Prophet (peace be upon him) told him to stay with Ruqayyah and look after her.